You see the title, and yes that was a real statement made today by one of the learners, but I want to give you guys some African history real quick…

So today I was told by a student that the Himba tribe was originally a part of the Herero tribe (this was when Namibia was still a part of South Africa). Due to the war when the Germans were colonizing and killing, the Herero people started fleeing to their neighboring country Angola. The Herero people that fled were begging the Angolans for help, the Angolans saw that and called them Himba’s because the word Himba means “to beg”. I thought this was very interesting. I asked another teacher later who confirmed what he said to be true. The Herero’s and Himba’s now have two totally different languages and styles of dress. As I said, the Himba dress traditionally; the women bare breasted, barefoot and all that. The Herero’s wear a traditional hat with horns covered in fabric sort of like Nigerians wear “gele” on their heads. The Herero women wear a long dress that usually has many different patterns like a quilt, sometimes it is one pattern, the dress can also be tight at the top and long and flowing at the bottom. To my surprise, the teacher told me that when the Germans came and colonized them, they used the division that Herero’s and Himba already had due to war and changed the Herero’s style of dress, telling them that they were now more civilized because of this new style of dress. The Germans introduced what is now called traditional Herero clothing. Hmmm, interesting, because I hear a lot from the students and adults that “Himba’s are not civilized because of the way they dress, doesn’t it scare you?” many people assume that the way Himba’s dress scares me because I’ve never seen it before, but it honestly doesn’t bother me, why should it? Herero’s technically used to dress just like them because they were one people but colonization changed that, not surprising, divide and conquer.

The teacher told me today “Afrikaners (whites or white Africans) are so mean, I don’t know why they hate us Africans, I don’t know what we did to them”. She said this because the Afrikaner almost hit us with his car and I was told that when Afrikaners see Africans they almost try to hit them with their cars on purpose because Aparthied only ended in 1990, and they still have hatred. My response to her was “you didn’t do anything all you did was have the resources that they wanted and still want”. Another Namibian today noticed that when I asked another teacher to do my hair, I told her I would pay her even though she said she wouldn’t charge me. I don’t know how he connected the two but he said to me “don’t be like the colonizers, they came, took our resources, packaged it and sold it back to us”. We all laughed but I didn’t get how he connected me paying for my hair to be done with colonization, but hey maybe he just wanted to get that statement out.

So I met the rest of my learners today. Yesterday I had 5 classes, today I had 3 which were basically the ones I didn’t meet yesterday. One class really stood out. I have to first say that these kids are really confused about how I am a black person from America. They keep asking me if my parents are white. In this particular class, a girl again asked if my parents were white, I said “no, do I look white?, my dad is from Nigeria and my mom is from the U.S.” Then she said, “oh so your mom is white”, I said “No she’s black”, she said “ohhh she’s a black American?!” Then what she said next shocked me because she was sooo serious, she said, “how did your mom become black if she’s in America?” I said “because of slavery”, she said “I wish my grandmother was a slave so that I could have been born in America”…. -_________- I was so shocked, why would she say that!!!! I said to her “you don’t know what you’re saying so you should watch your mouth”, she said “I know what I’m saying” and she said the nonsense again. After I explained what slavery actually meant, she still didn’t care but a few minutes later she said sorry. I told her to be sorry to herself and not to me because she really didn’t know what she was saying. It made me think, people that have a good life really think they’re suffering all because they don’t live in America? Here are children who know where they’re from, know their culture, are well taken care of and still wish to just be in America because they believe they will see celebrities all day. One kid today asked me if I saw lil’ wayne, 50 cent, and tupac!!! What does this world think America is, one big celebrity fest every day?! One kid asked me if there were any poor people in the U.S., I told him yes and some of the kids didn’t want to believe me. I expected these kinds of questions but this was just really a shock. Another class I was in had a “rap group” of the four class clown students in the class, I don’t remember all four names but I know two of them named themselves “50 cent” and “American”. One of them made a beat and they began to freestyle for me because they believed it’s what I wanted to hear. It was good and all but they are doing so much to impress me with their “Americaness” and I want to experience their “Africaness”. I live right next to the girls’ dorm so when I’m not around they’re singing their traditional African songs in their language and it sounds so good. I always say that African children love to sing and they sing in such harmony, it’s like nobody is off key. These are the moments I like because it shows me their true culture.

Keep in mind that I am in no way trying to criminalize these kids or chastise them. I want to talk about the positive because there is so much positive, but I really didn’t realize it was that deep just to be in America. You expect this kind of talk from poor, unhappy people, not happy, blessed, children. I do not brag about being from America in any way, when these kids ask me real questions, I give them real answers, I don’t try to make America look like what it’s not. The truth is, there are poor people everywhere in the world, and there are rich people everywhere in the world, and for every good or bad one society has, another society has that good or bad to balance it out. No society is better than the other, it’s just that the West has the power to control every image that is sent out through the media. All the good about African people that I have seen with my own  eyes in both Nigeria and Namibia has yet to be shown on TV, or embraced by the media.

With all that being said, I love these kids! And they love me back already! One learner got her hair done just like me because she said she really like me. I walked into class and we had the same exact hairstyle, I was so honored! Lol. It was so cute, “she said I did it because I like you!” Awwww. And other learners told me that they really like me, and I should come back next year and stay! I know  they really like the fact that I’m from America, but I’m going to turn it around and use that to give them more pride in their own heritage too.

They’re so cute though, they want to come to my house and eat and play volleyball with them, it’s so nice. Now when I’m out at the store or walking at the school all I hear is “hi miss, how are you miss”, with great big smiles on their face 🙂 kids will be kids, but they all need motivation and direction and I’m happy to be doing that for them this summer…. oh yeah, it’s winter here. Imagine, i’ve been walking around in a jacket, really cold in the morning and night, hot with a breeze during the day, whatev, it’s all love ❤ 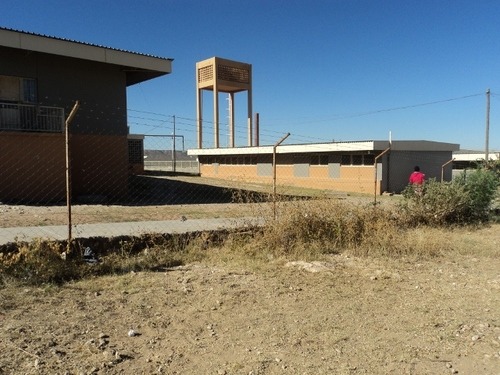